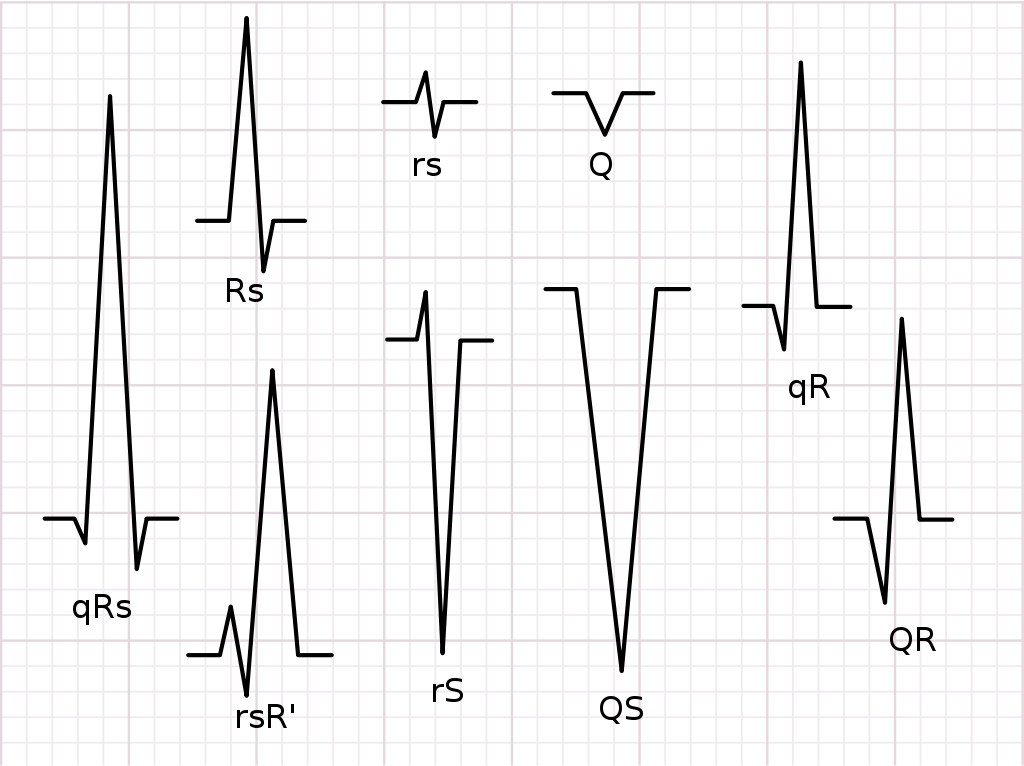 Large amplitude (height) in QRS complex can be due to ventricular hypertrophy &/or enlargement as a result due to the larger mass, there is larger electrical signals produced

Electrode to heart distance impact QRS amplitude (hence slender has smaller QRS versus obese) or in patients with hyperinflation of thorax (ie. COPD).

Must be able to differentiate pathological Q-waves as they provide infarction evidence – dictated by amplitude and duration (width); it is abnormal if: 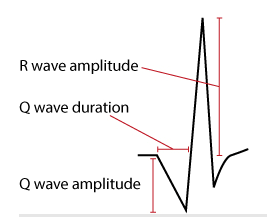 Common cause in AMI – Q-wave infarction is caused if AMI leaves pathological Q-waves; must be in two (2) contiguous leads to be abnormal. These causes include:

High amplitudes in R-waves can suggest ventricular enlargement or hypertrophy; this is determined by;

Internal from beginning of QRS complex to R-wave’s apex – This reflects on the time elapsed from depolarisation to spread from the endocardium to epicardium; A prolonged peak time is due to hypertrophy &/or conduction disturbance. 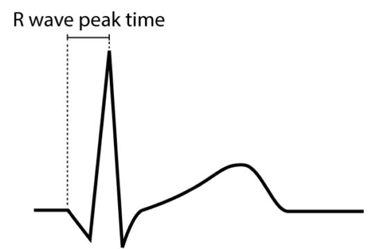 Should be natural QRS complex progression of amplitude (height) from V1 to V6 – Due to the contraction direction to left and downward, V1 & V2 should be negative. 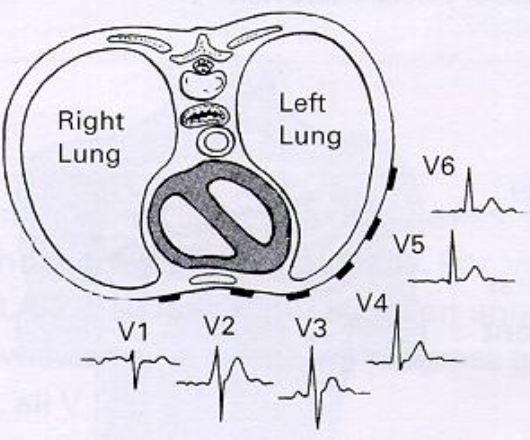 Mostly positive in most leads, with amplitude decreasing with increased age. The ST segment transition to T-wave should be smooth. It can be asymmetrical, as it has a slight upslope (1st half) and downslope (2nd half). 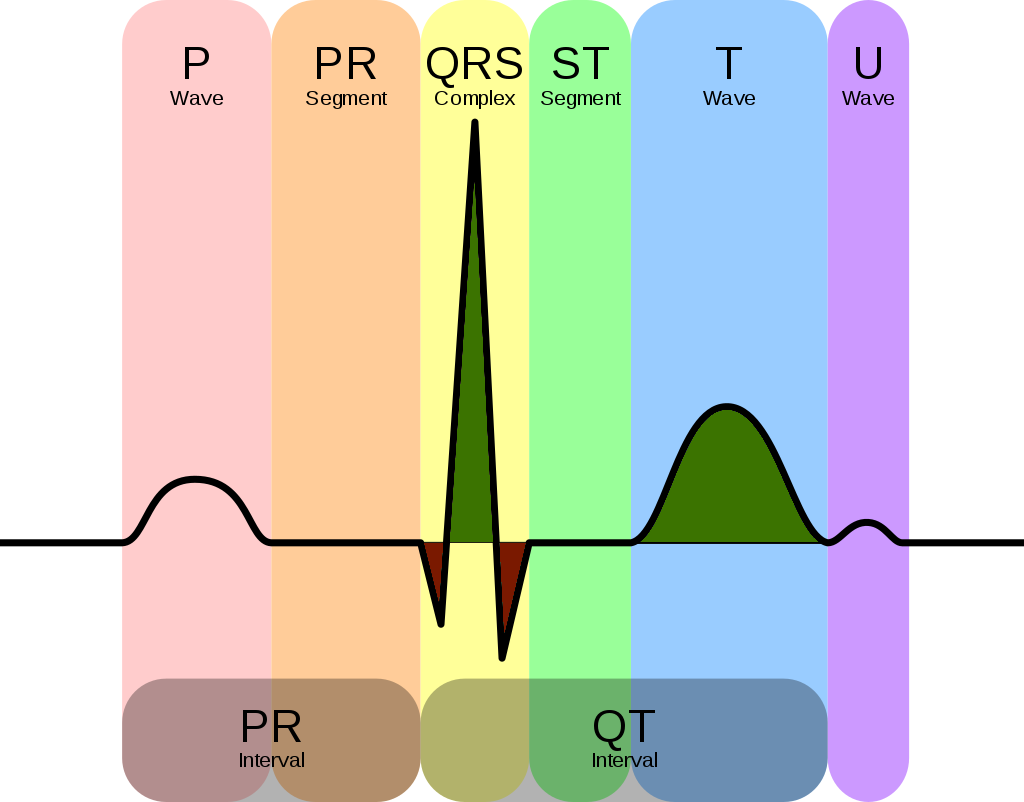 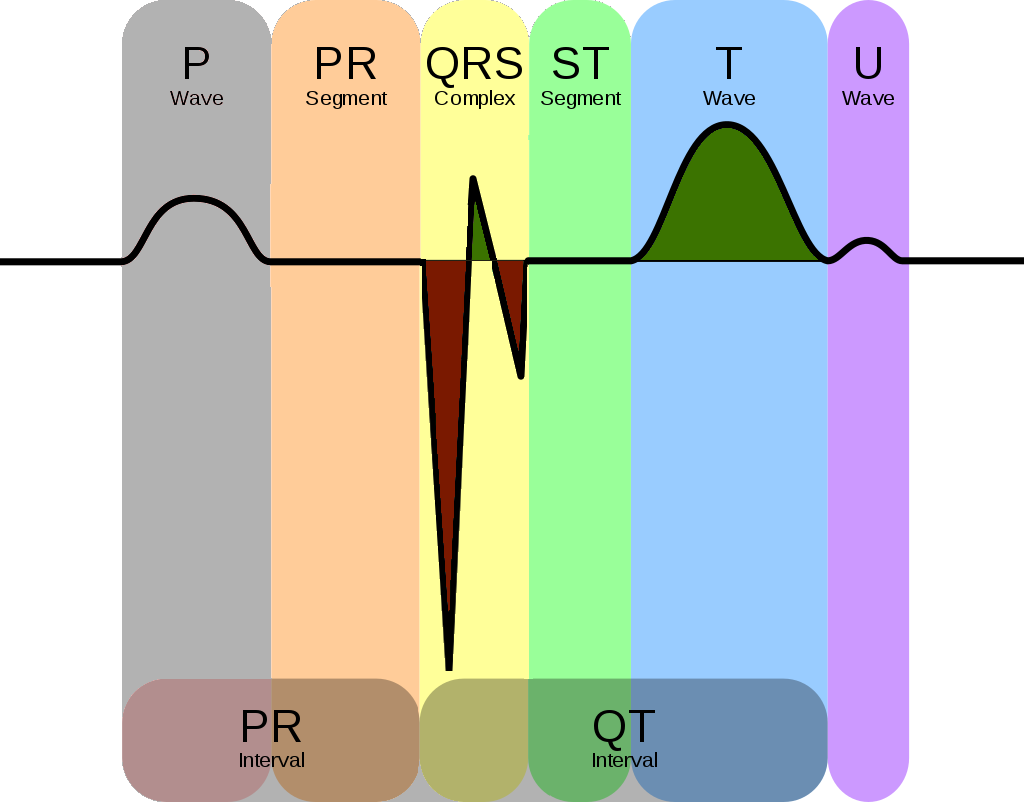 Usually show inverted T-waves due to different electrical vector (inversion may be present in all leads); should normalise during puberty.

< 6mm in limb leads / 8-10mm in V2-V3 – Outside these ranges are abnormal caused by hyperkalaemia; deafferented with hyperacute T-waves seen in ACS (broad-based, high & symmetric).

V1 concordant is normal (as V1 QRS is negative); can occur in L3, V2 & aVL – Two inversions in two contiguous leads is a medical concern.

Has a positive & negative deflection – Biphasic has no significance and classified as per positive or inverted.

The ST Segment is a reflection on the plateau phase (Phase 2) as membrane potential remains relatively unchanged (most ventricles are in this phase) therefore, there isn’t electrical potential differences in myocardium resulting in the flat & isoelectric ST segment

Ischemia is always confined to a specific area where cell’s membrane potential change as result of the ischemia – therefore electrical potential changes in the myocardium displacing the ST segment up or down.

The magnitude of ST segment elevation or depression is measured from the isoelectric baseline to the J-point. 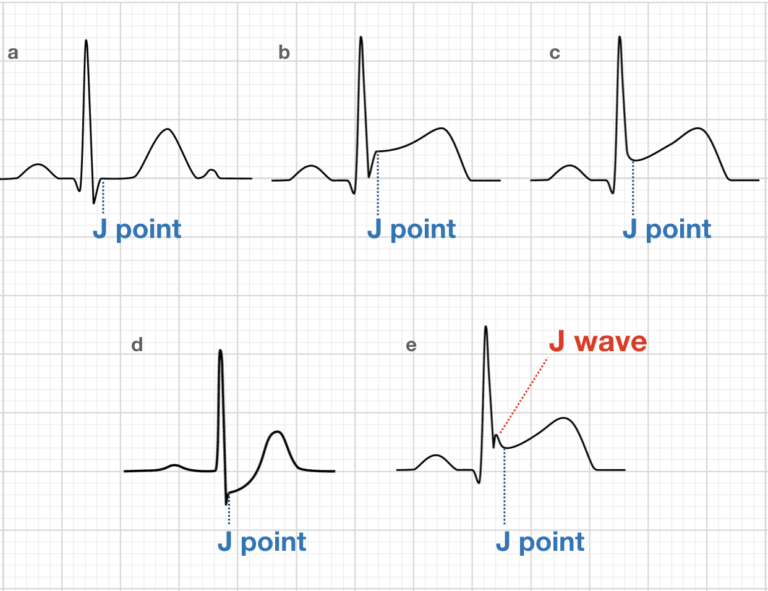 Ischemia causes straight or convex ST elevation -  Straight ST segments can be upsloping, horizontal or downslope (rare). Non-ischemic ST elevation is usually concaved – Common in any population. Most males under 70yo has ST elevation in V2 & V3 – Therefore take caution 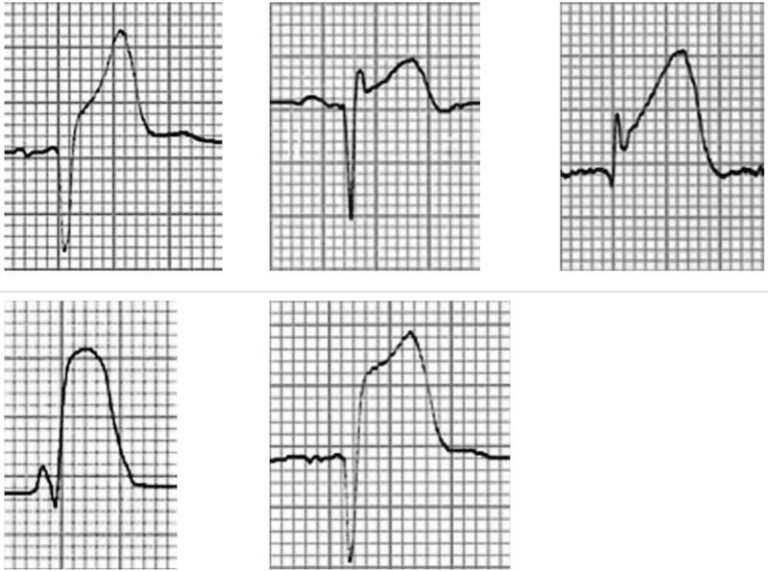 ST Segment Morphology in Other Conditions 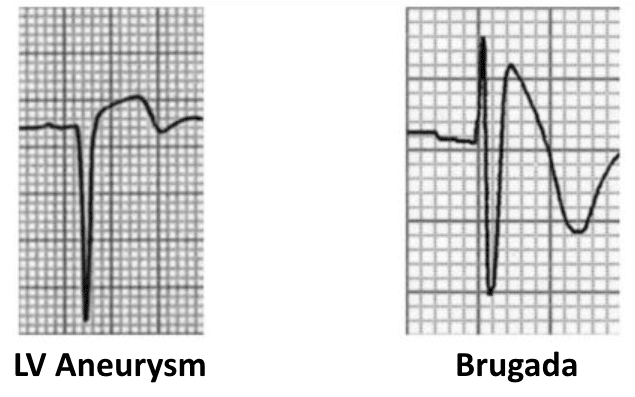 If ST segment is < 0.5 mm then it is acceptable in all leads; anything more is considered pathological

Note: All variables are in seconds (s)

Difference between the shortest & longest QT interval. This is due to the variations of QT interval in different leads,