Generated when there is movement of electrical ions throughout the heart – ECG represents the ‘average’ direction of these electrical impulses. 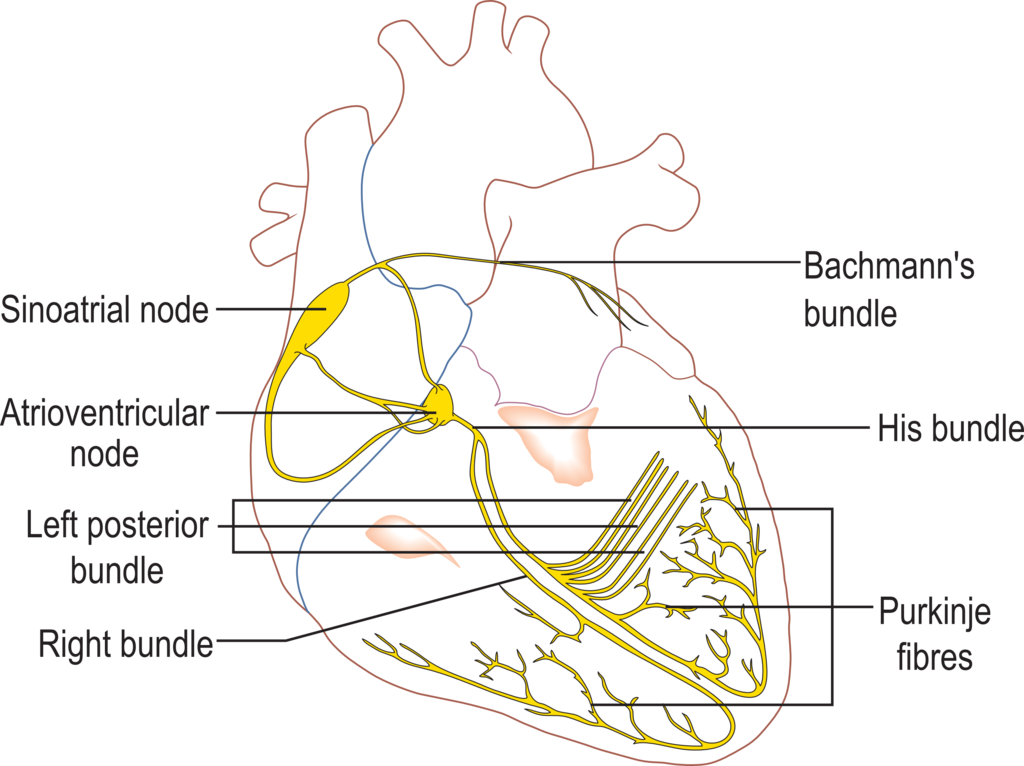 From Atrial depolarisation (start in SA node) spreading from right to left atrium.

Vector from ventricular wall is directed to left then downwards; vector from the right is override by larger vectors from left ventricles and therefore, these vectors originate from there. The

Children (till around puberty) may have T-wave vector from left & backwards creating negative T-waves from V1 to V4 (right side of chest). 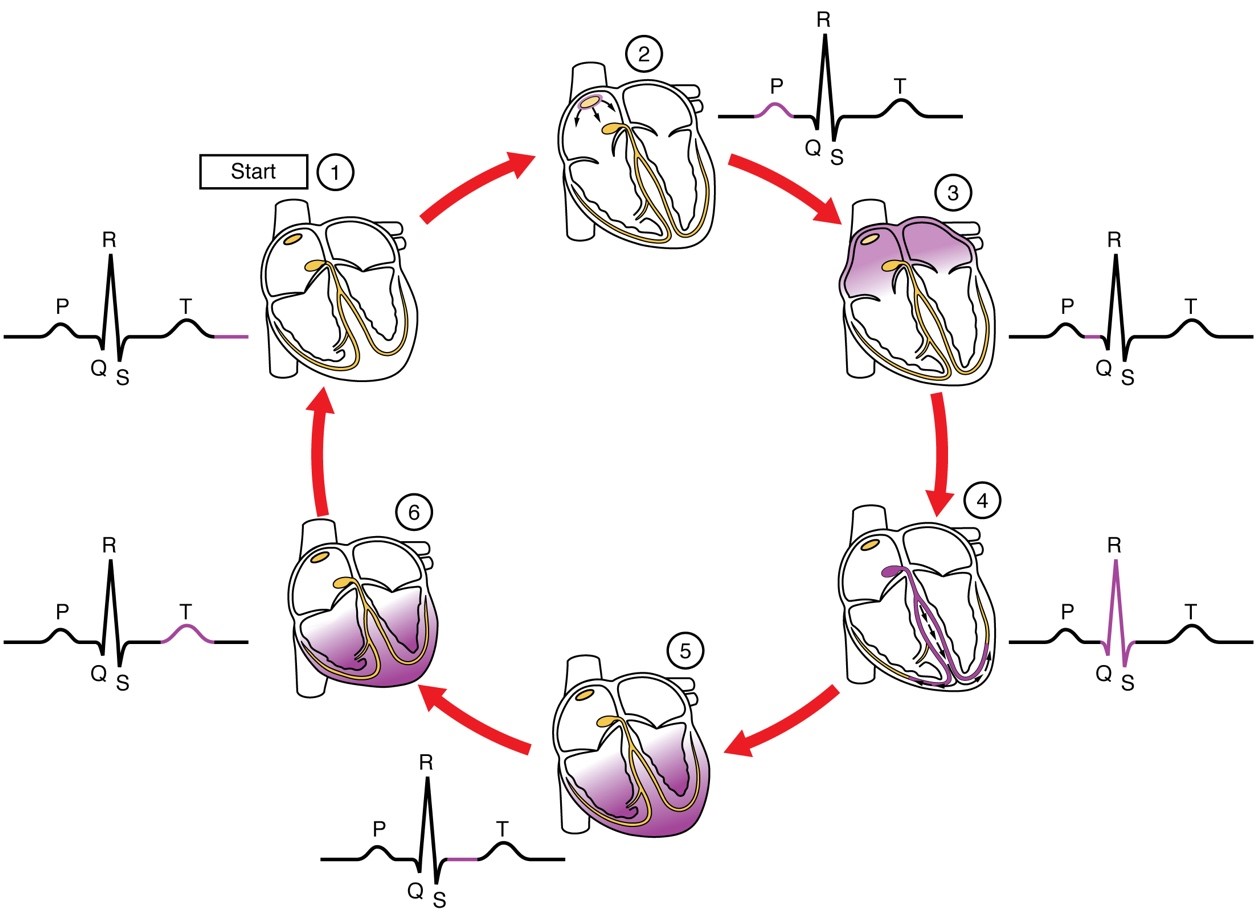 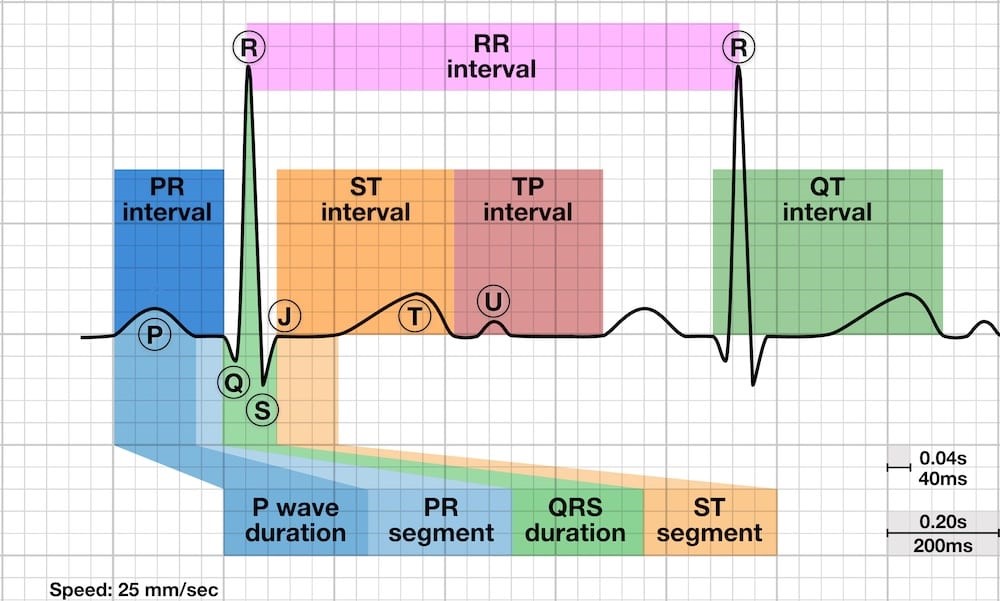 1st positive (upward) reflecting on atrial depolarisation; has one wave per QRS – Smooth wave due to low frequency impulses as atria as smaller muscle mass.

Distance between P-wave and QRS onset as result of AV conduction from atria to ventricle; PR is longer in elderly and short PR indicates fast heart rate. 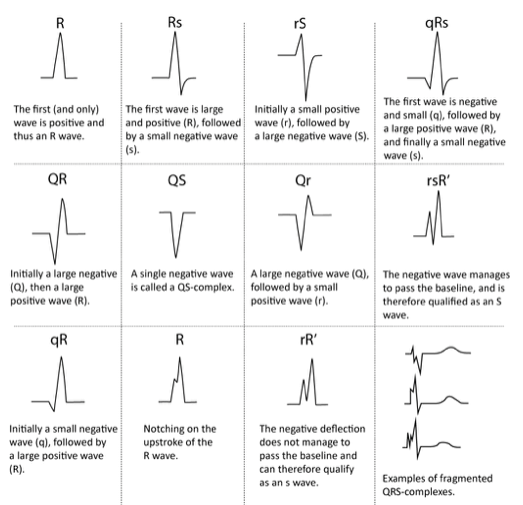 Brief resting state after ventricular contraction – usually flat and isoelectric. Abnormalities results in depression or elevation as result of cardiac emergencies or conditions.

Ventricular repolarisation – smooth waves that end when isoelectric; can be inverted, peaked or flat based on medical conditions such as drug toxicity. V1 & V3 has highest amplitude

External or internal causes which leads to poor ECG readings that produces excessive waves or frequency. 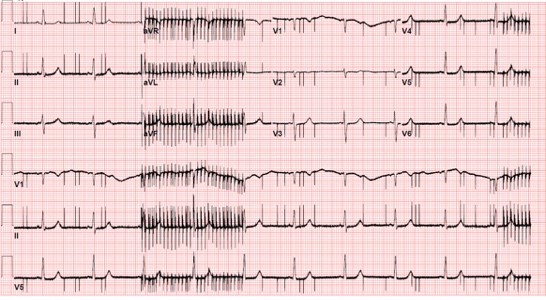 This is electromagnetic interference, usually from a nearby AC power source. The spikes are appearing 50 times per second, or 50 Hertz (Hz), which is the frequency at which our AC power network delivers 220-240 volts countrywide. Some known sources of this interference are:

There are a few easy workarounds (and one hard one) to mitigate this reading if you ever come across it on scene;

Fun fact; if your patient’s heart was beating to the rhythm presented here, it would sound like this (this is a 50 Hz square waveform, which is the most audible waveform at this frequency).: 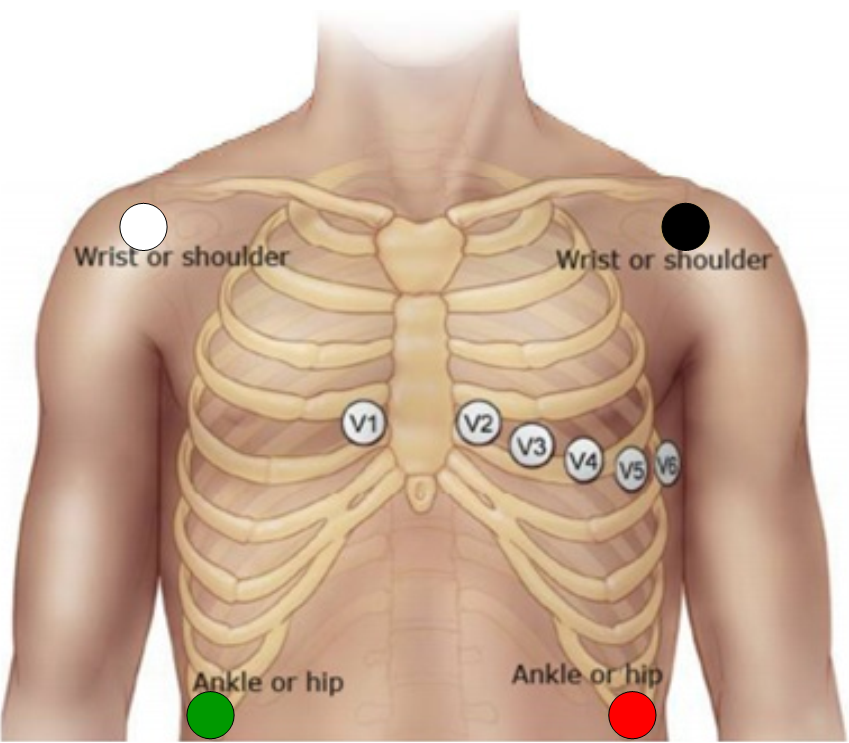 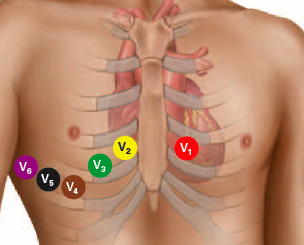 Posterior View of Left Ventricles
Lead Views of the Heart

The 12-lead ECG displays 12 views of the electrical activity of the heart produced by 10 electrodes in specific positions.

Anatomical Planes of the ECG:

The leads are positioned in certain angles to detect an electrical activity (vector).

Like a camera looking into the heart, the view is generated from positive (electrode) to negative (centre of heart) – Due to the position of the left ventricles lying anteriorly, the right ventricle and posterior of left ventricles cannot be seen. 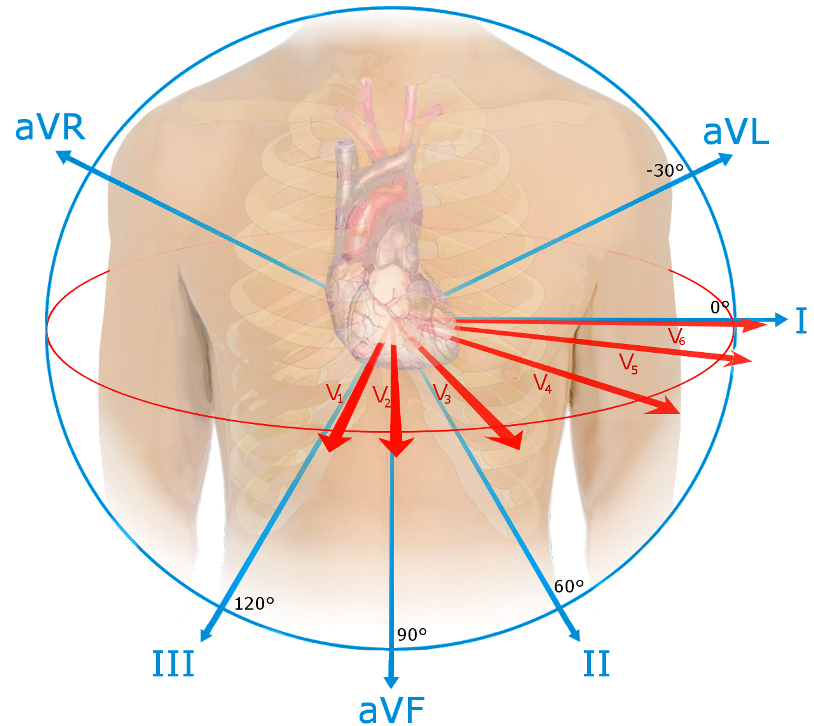 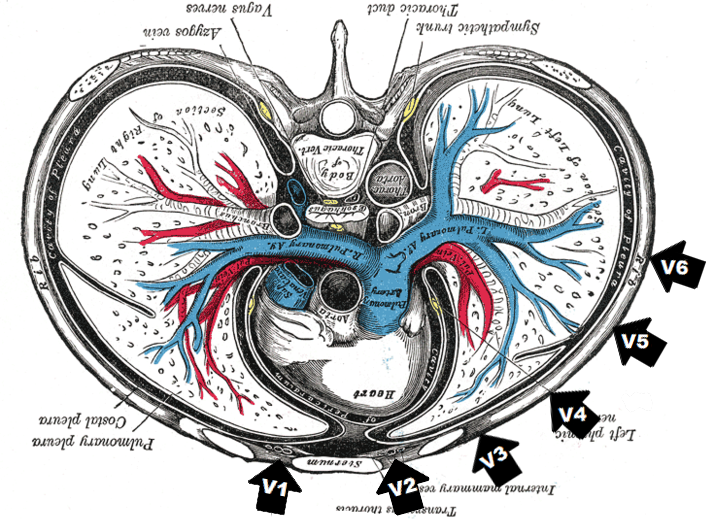 Electrodes from limbs provide many views of the heart – Looking from positive to negative – Legs are neutral (act as the ‘earth’).

Einthoven’s triangle displays the electrical relationship (polarity) of the limb leads and how they produce these views. 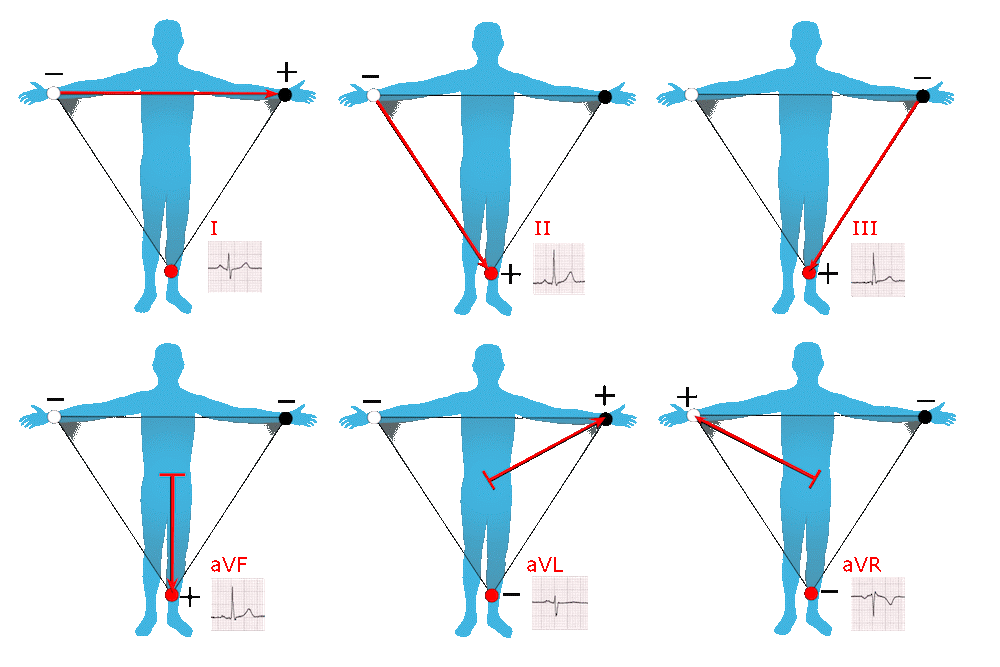 Summary of the ECG Leads & Views

* ECG electrodes must be modified

Visualisation of the Heart and the corresponding ECG (Cabrera System) 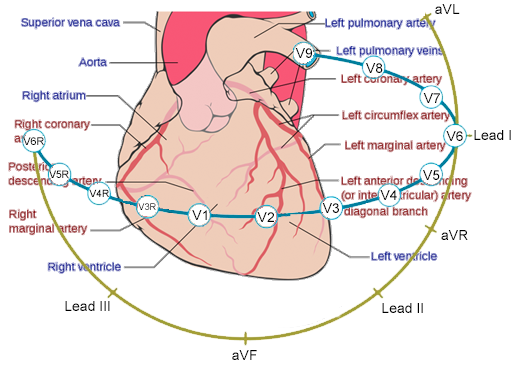 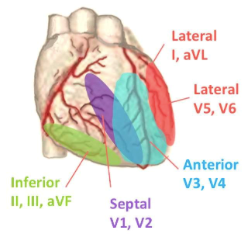 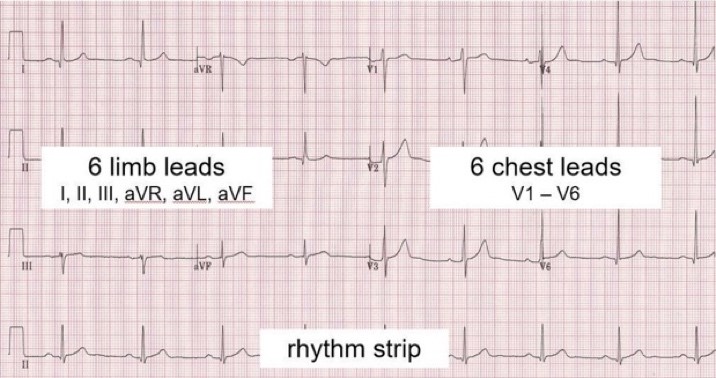 Compared with the ECG produced heart rate & SpO2 oximeter – If in doubt, use manual pulse palpation.