Bronchiectasis is usually a secondary condition that develops from other respiratory diseases such as COPD or Cystic Fibrosis. Some cases can also be attributed to childhood infections, aspiration of foreign bodies or congenital conditions. It is characterised by chronic infection in the small airways that results in some parts of the lung becoming damaged, scared and dilated which allows for large amounts of mucous to accumulate in pockets (figure 4).

The significant sign of bronchiectasis is a chronic cough and the production of copious amounts of green/yellow mucous (up to 240mL a day). This is due to attempts by the body to remove the excessive accumulation of mucous. Other signs and symptoms include rales and ronchi in the lungs, foul breath (which is indicative of an active infection), dyspnoea and haemoptysis (often referred to as “dry bronchiectasis”). Patients may also present with warm skin and a bounding pulse on palpation due to vasodilation caused by hypercapnia. 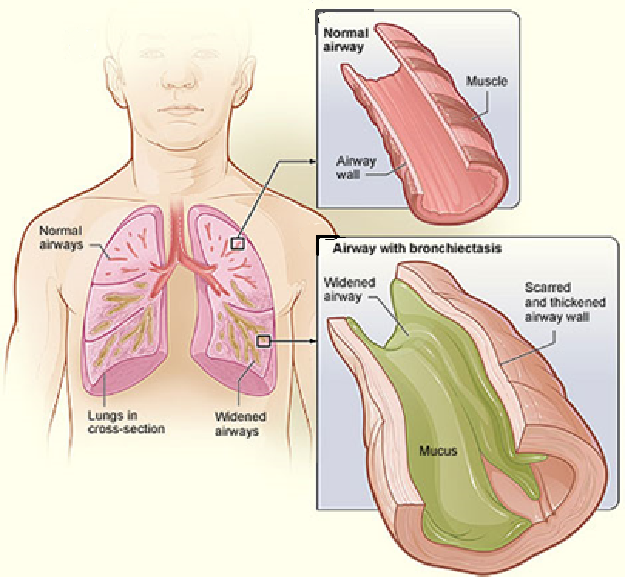